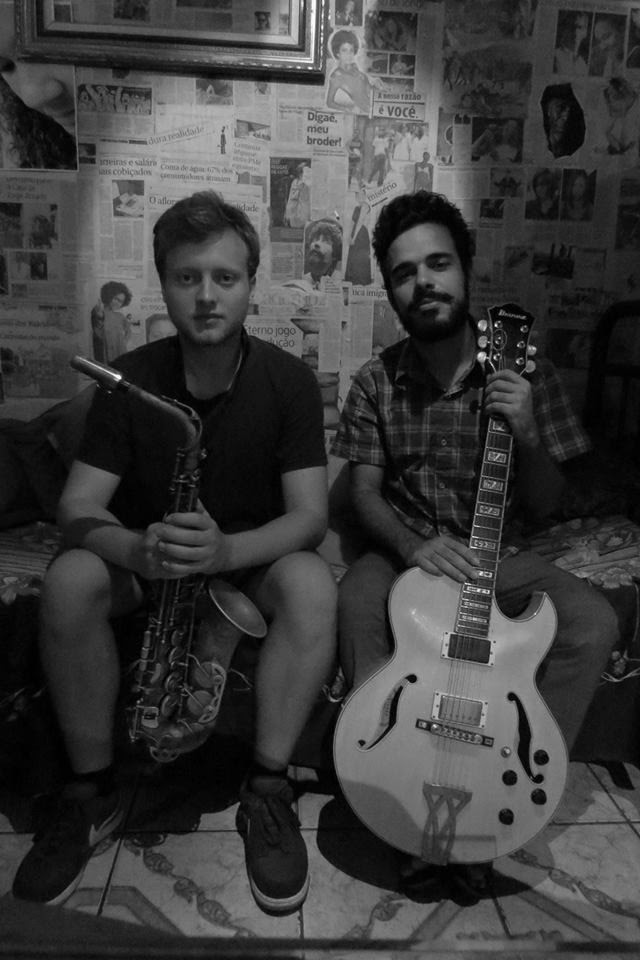 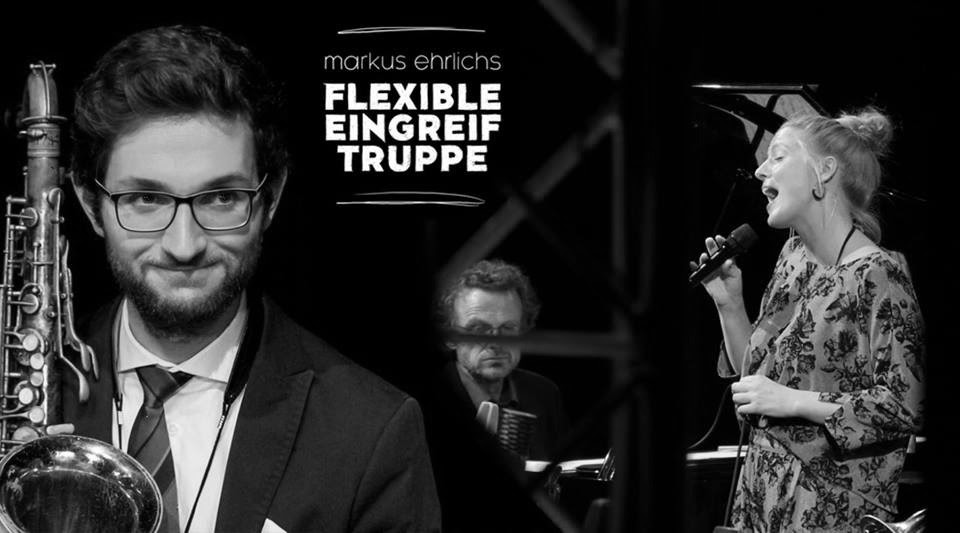 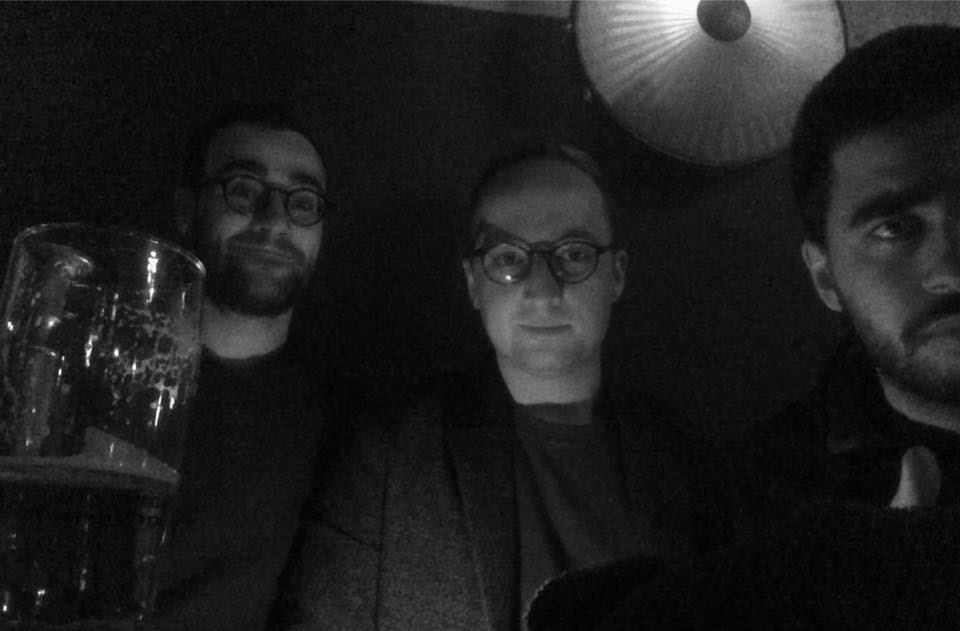 James and Declan have been ‘Practically Married’ since April 2015, a name proudly awarded to them due to their ability to spend time together almost every day with only minor frustrations, and the fact that they play almost every concert together. To honour and celebrate this, they are excited to be curating and performing a monthly concert series at the very special place where their relationship originally bloomed – Donau115! Since the honeymoon phase is over, each month in 2018 will feature a different special guest to spice things up. Come one come all!

Practically Married are delighted to be joined again by drummer João Lopes Pereira from Lisbon!

Samstag, 27. Oktober
Own Your Bones 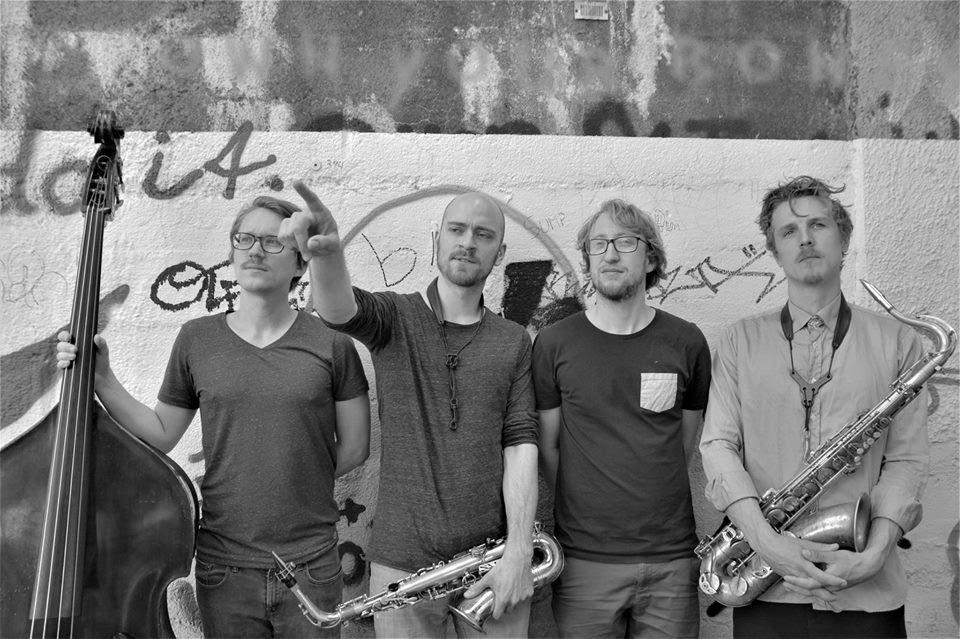 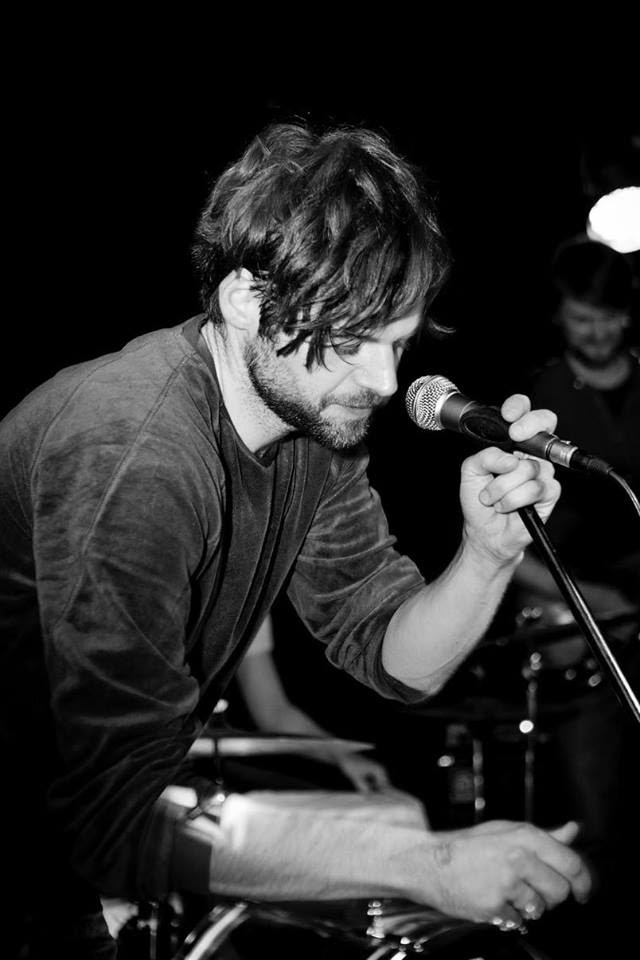 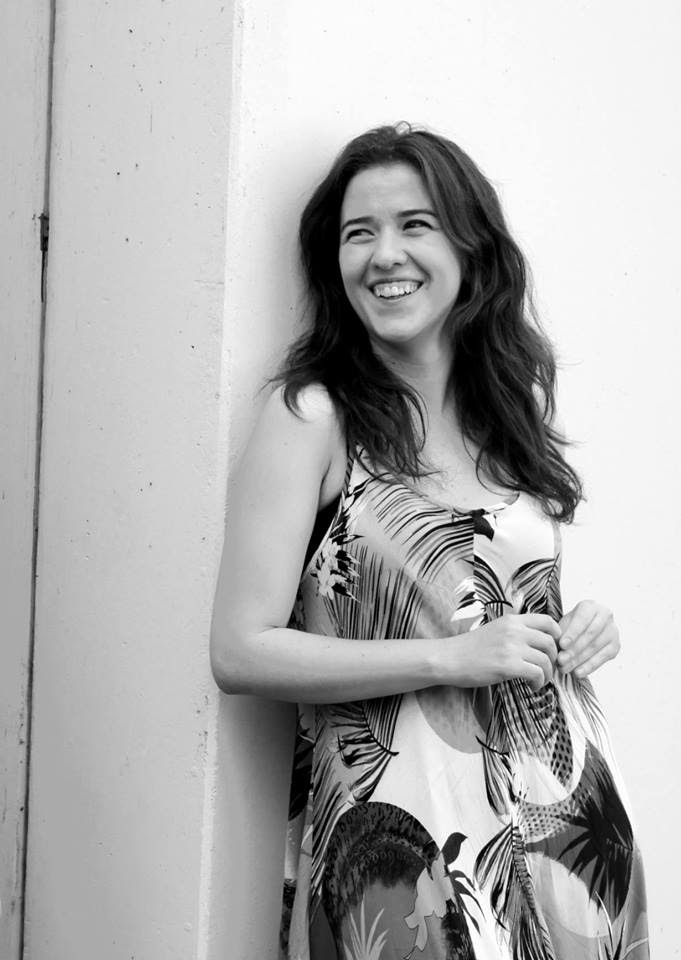 A night of improvised music featuring some of Berlin’s finest in a fresh combination brought together by Tanrıkulu.
www.aysecansutanrikulu.com 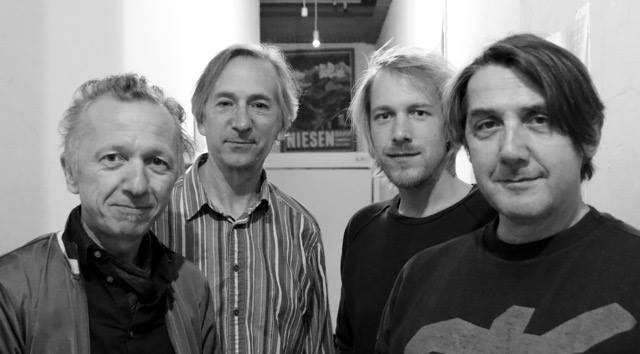 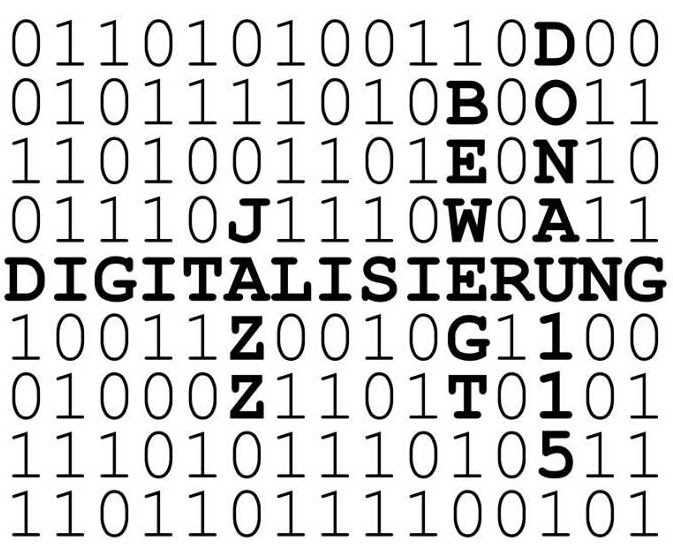 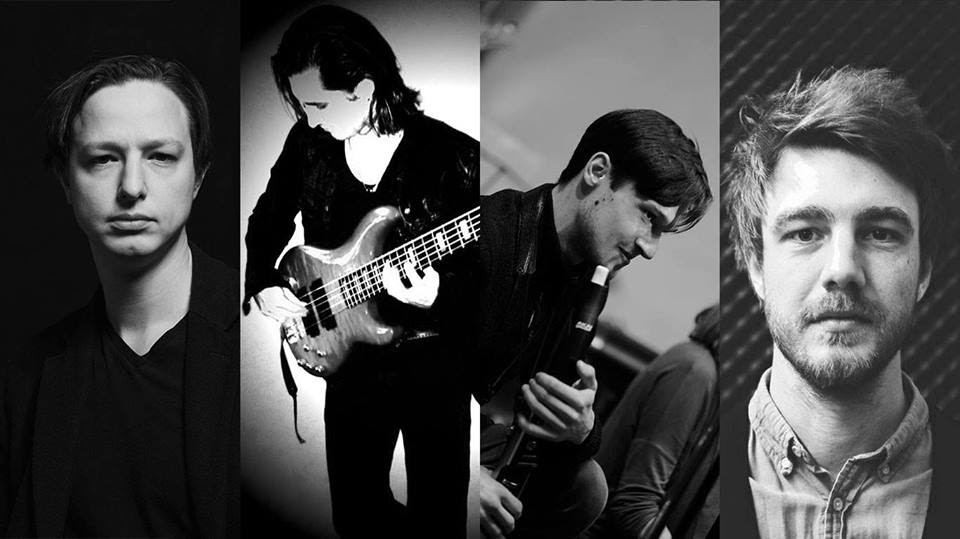 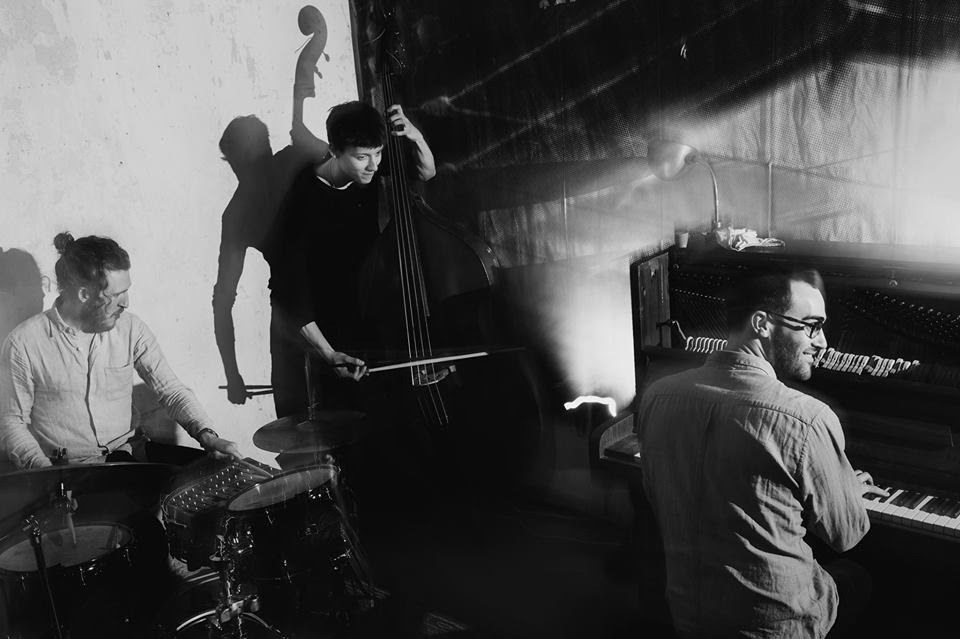 The Far East Trio are Declan Forde, Sidney Werner and Aidan Lowe: three close friends from across the globe uniting to perform their favourite long-forgotten gems from the Great American Songbook. The Trio reinterpret some of the best kept secrets of composers including Duke Ellington, Fats Waller and Thelonious Monk with joy and good humour, performing swinging repertoire from the 1920’s-50’s with youthful energy and a sense of fun. 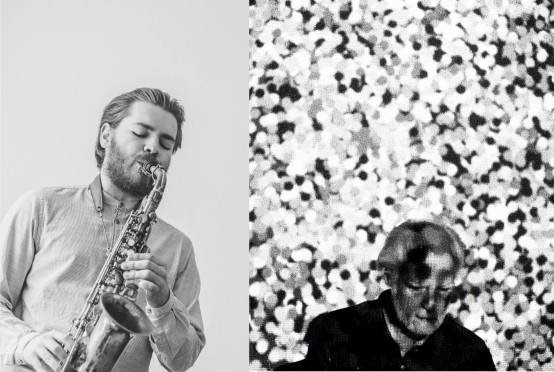 Two highly versatile and virtuoso musicians get together for the first time, in an unusual combination across instrument, approaches and generations.

An extremely resourceful composer, performer and producer, Lars Graugaard (*1957) moves with ease between intellectual avant-garde, spontaneous improvisation and street-smart methodologies for the body. He has released numerous LPs, CDs and digital formats over the last 40 years, alone and together with a vast array of top-level international performers. He has composed up towards 200 score works for any combination of instruments and to all dimensions and sizes, developed installations and media work and plays electronic sets under his given name and experimental live techno sets under the Lars From Mars moniker. Lars is since 2010 Visiting Faculty Artist at NYU Steinhardt’s Music Department where he develops novel works that is presented in performance and recording by staff, ensembles and advanced students. His latest CD ‘Engage and Share’ is available on the KAIROS label.

Sölvi Kollbeinsson (*1996) is the outstanding jazz player of his generation. Originally a classical player where he would win all available prizes for students of classical music in his home country Iceland, Sölvi switched to jazz and now lives, studies and works in Berlin, and he partakes in several projects in Germany and Iceland, appearing in festivals and concerts across Europe. At the Iceland Music Awards 2016 he was awarded a Special Mention as the most promising jazz musician on Iceland today. 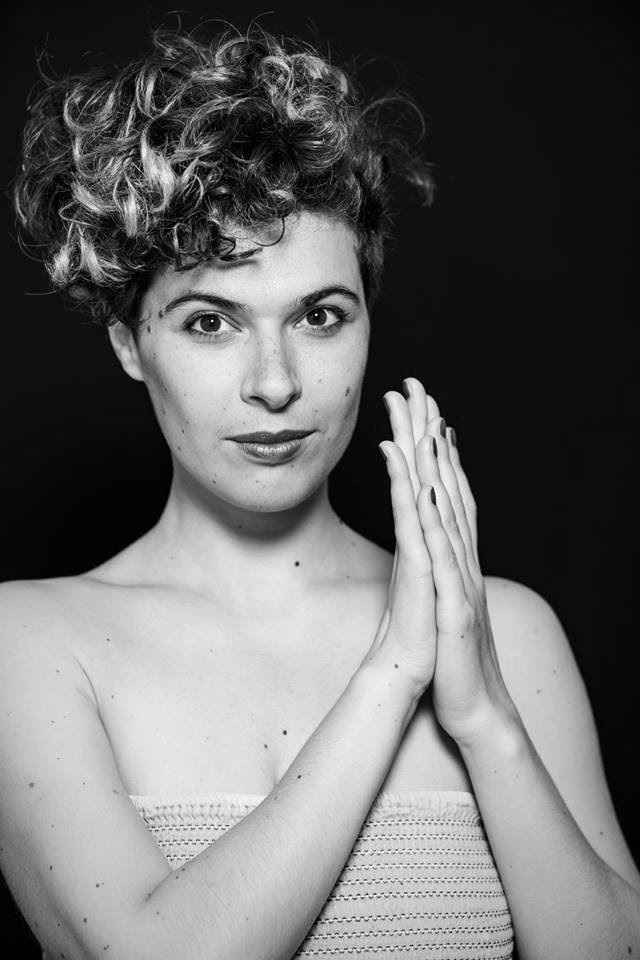 Ganna Gryniva´s DYKI LYS („Wild Fox“ in Ukrainian) bridges several musical worlds from jazz to folk to experimental. Digging into the history and the mystery of the various traditions of making music, DYKI LYS creates a neo-native language that derives its power from its deep roots and the constant desire to explore. Powerful soundscapes, strong grooves and softly floating melodies tell stories of small villages and slow trains; of smiling grandmas with colorful headscarves. Stories of many generations fighting for their independent identity; stories of the bittersweet melancholy that echoes in the vast landscapes of Ukraine. 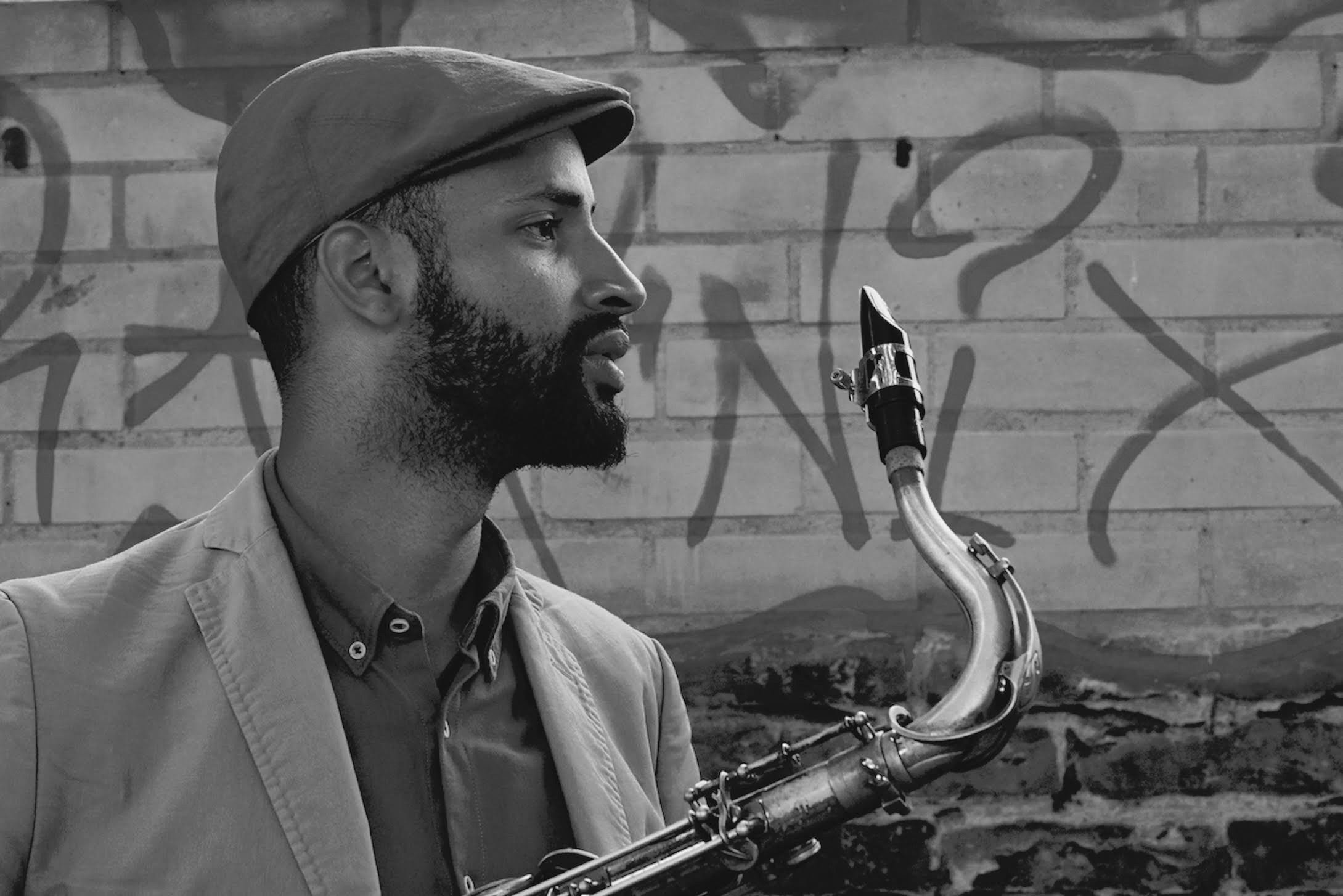 Centered on Musina Ebobissé’s compositions, the quintet suggests a contemporary jazz influenced by different styles such as modal and free jazz, rock and 20th-classical music. It is a field of expression combining both curved and angular melodic lines, as well as sharp and loose rhythms, evoking a wide range of emotions and atmospheres. 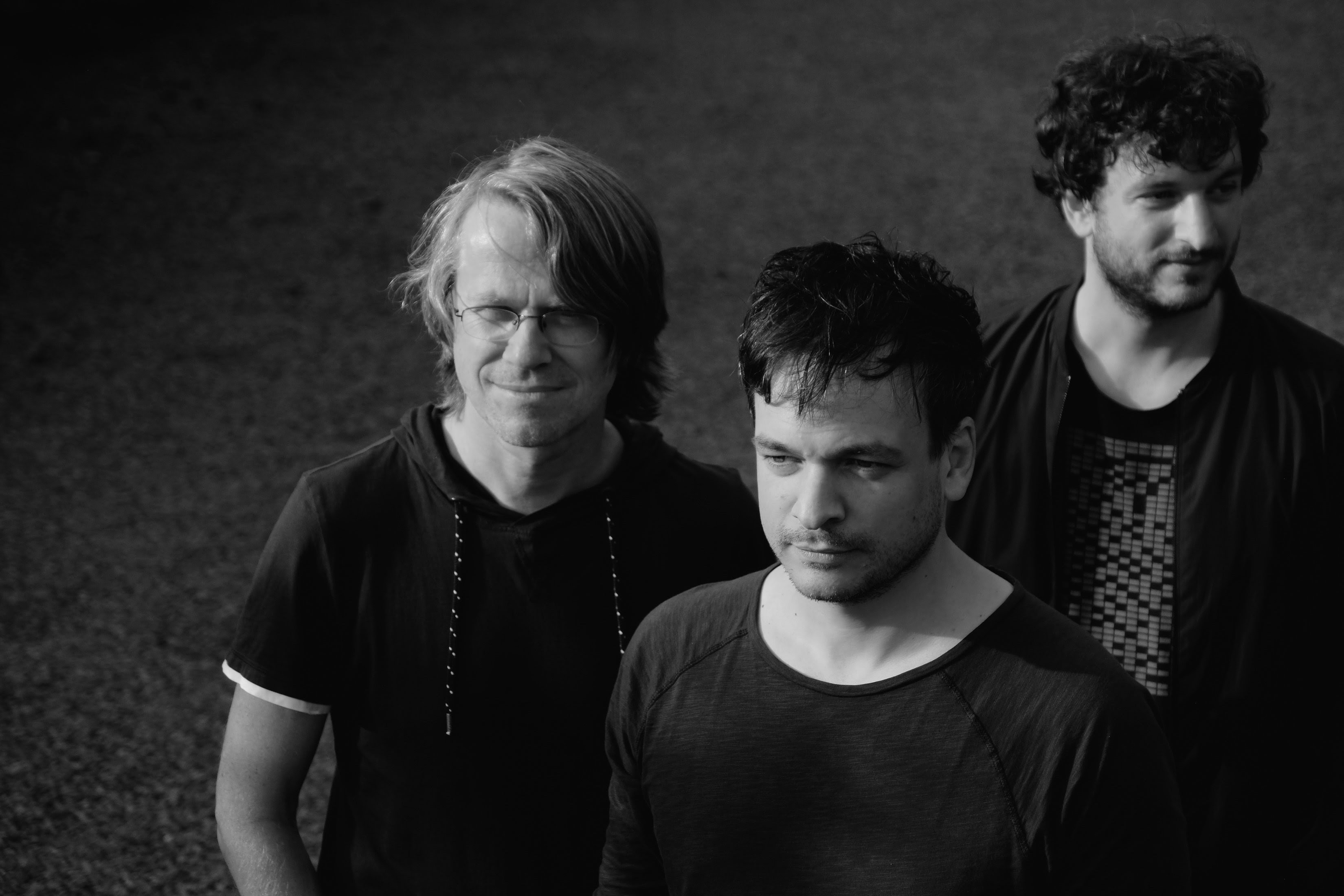 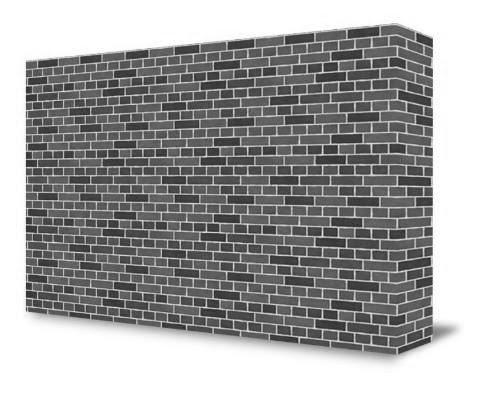 In association with Shameless/Limitless,
Dion Owen – fresh off of 75 shows at Edinburgh Fringe and also the host of Montreal’s on the up Comedy At The Bike Shop show – presents a night to live, to love, and let’s please not forget, to laugh, at Donau115.

ronja is a singer-songwriter, based in Berlin, who combines the pure, soft and sharp sounds of her voice and the acoustic guitar in a melancholic universe. Honest lyrics and stories, reflecting thoughts about life and dream. In her music, strength is weakness and weakness is strength.
Minimalistic pop combining acoustic and electronic elements.

As an artist LAVALU (NL) scratches the back of classical
music while poking the fires of pop.

She recently wrote and recorded a contemporary song cycle,
inspired by composers such as Schubert and Debussy.
Piano. Voice. Honest and bare.
Lyrics that can be read as stories about blunt desire.

This is today’s chamber music. 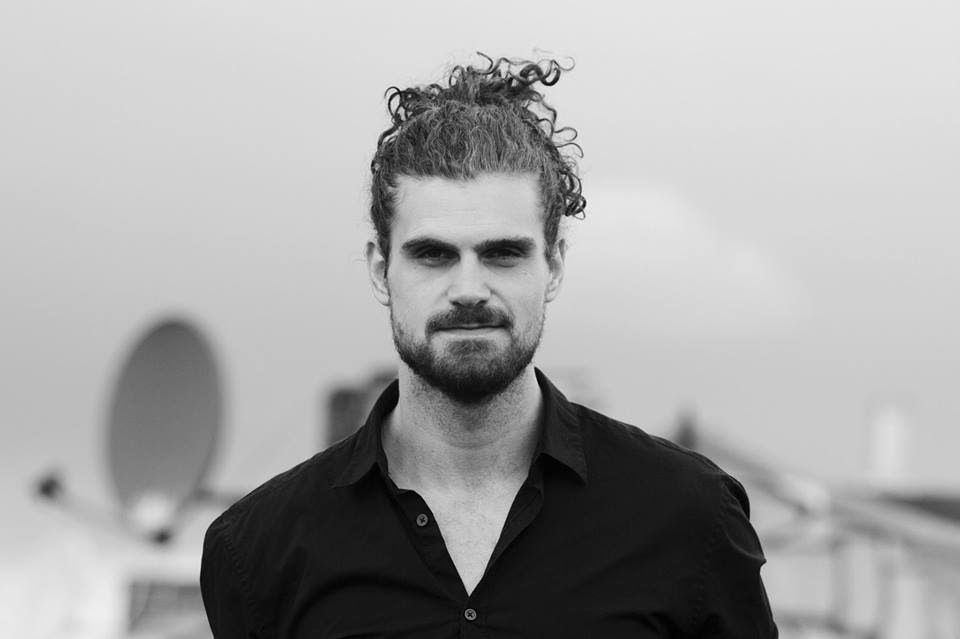 Sometimes you have to dive into the unknown to get back to yourself. Nobody knows more about this simple truth than double bassist and composer Kenneth Dahl Knudsen.
As the grieveing about his mother´s death threatened to take all joy of living from him, the multiple awarded jazzmusician went on a journey that led him through 33 countries – always accompanied by his bass, his sheer belief in the uniting forces of music and the glimpse of hope to get back some of the lightness he had in his youth.
Little by little the encounters and playing with local musicians from diverse musical cultures as from Japan, USA, Morocco, Lebanon, Israel, Thailand and Germany helped Kenneth Dahl Knudsen to gain a variety of new musical impressions as well as finding new joy in life – an experience he shares with the world on his fourth album „Tété“. The title references the name he used to give himself as a little child before he could speak properly and stands as a symbol for his newfound lightheartedness.
From a musical point of view the title also perfectly reflects the truly open minded childlike curiosity that Knudsen aimed for with his new album. As a bandleader he manages to unite all the experiences he made on his journey and ties them all up into one impressive complete work. Backed by the blindly intuitive interplay of his quintet Knudsen combines harmonies of the european music tradition with the playful rhythms of Africa and Latin America as well as the expressiveness of jewish folksongs as if they belonged together naturally, sounding like noone else but himself. It feels like Kenneth Dahl Knudsen is leading the intercultural understanding that is the fundamental idea of jazz into the age of globalisation – and he welcomes everybody to join him on his exciting journey

Dima’s dedication to jazz has been around since early childhood. In his early twenties, he became part of two well-known Ukrainian jazz bands, Magnifika Group and Acoustic Quartet, to which he still belongs. After moving to Berin in 2013 Dima formed his own international band, which has shared many happy and glorious moments together. Some of the highlights are : the 2nd price of ’50. Jazz and Odra festival’ in Wroclaw (Poland, 2014), the 1st Price of Festival de Jazz à Montauban (France, 2014) and JIB-Jazz-Preis Der Karl Hofer Gesellschaft Gestiftet von Toni und Albrecht Kumm (Germany, 2015), 2nd Price of Umbria Jazz Festival (Italy, 2017)
On September 2017 Dima’s Quintet released his debut album under the Unit Records called I’m Wondering.
Dima has been collaborating with many outstanding musicians of European and American scenes, among them – Greg Cohen, Joey Baron, NDR Big Band, Jim Black, Nels Cline, Steve Turre, Conrad Herwig and many others.

Toms Rudzinskis is one of the leading innovative Latvian saxophone players and composers with a unique sound in his performance and compositions.
After graduating from the prestigious Conservatorium van Amsterdam, Toms currently resides in Riga, Latvia and travels across Europe to perform, collaborate and educate. Leading his own band or performing as a well-respected soloist and sideman you can meet Toms in The Netherlands, Germany, Austria, Iceland, Georgia, Curacao, Portugal, Spain, Luxembourg, Belgium, Austria, Czech Republic, Poland, the Baltic States and the list goes on.
Besides numerous jazz and classical music awards, Toms has been chosen as the Best Soloist at the international big band competition “Meer Jazz”, and won the “Keep an Eye” Jazz award with the quartet “North by Northeast”, competing against musicians from New York, Boston, Philadelphia and The Netherlands. In 2012, Toms was selected as the Jazz ambassador of the internationally recognized venue Bimhuis. In 2013 won the Grand Prix in the prestigious “Burghausen Jazz competition” with “Matiss Cudars quartet”, which led to an opportunity to share the stage with internationally recognized Cassandra Wilson. In 2015 Toms won the “Dutch Jazz Competition” Grand Prix with Loran Witteveen quintet which led to a tour in 2016 covering the biggest venues in The Netherlands.
In 2014 Toms released debut album “ABRA” that got nominated for the Latvian Grammy Award Latvijas Mūzikas ierakstu gada balva “Zelta Mikrofons” in two categories – The Best Jazz album and The Best Debut and gaining a wider recognition and following in his homeland. 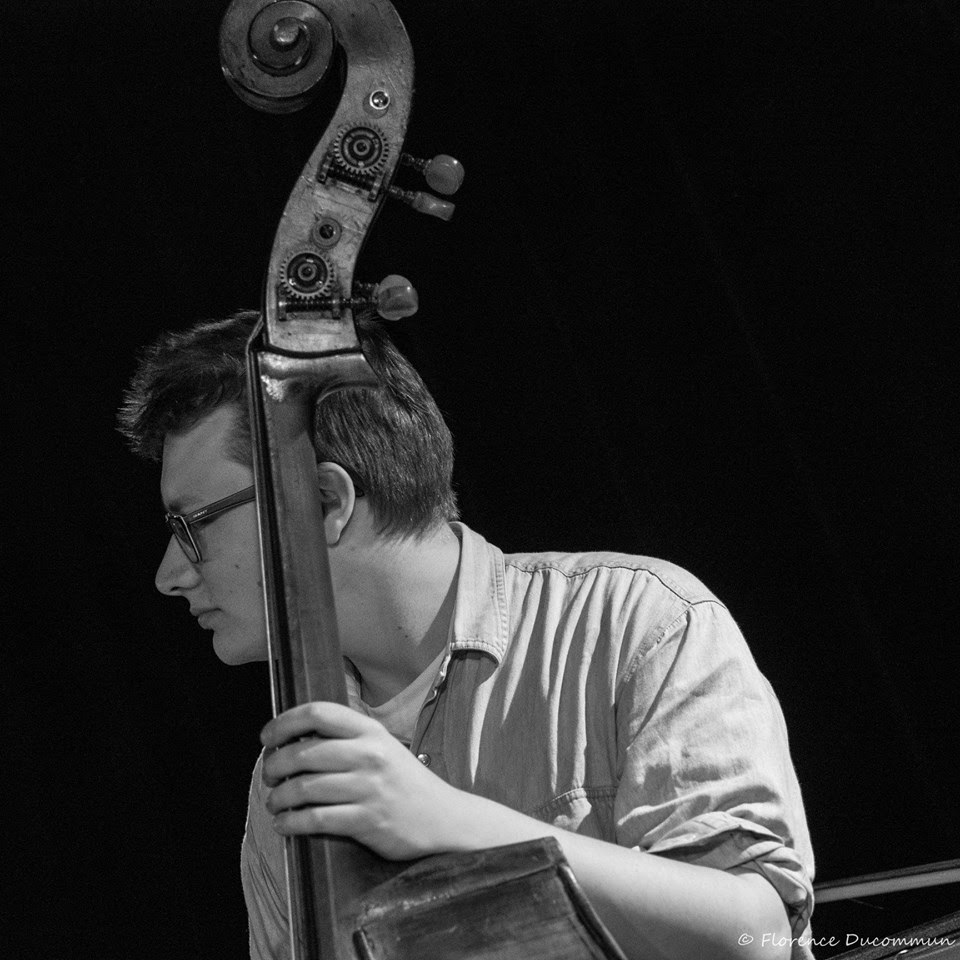 Felix Henkelhausen is presenting a fresh group of creative characters from the Berlin scene.
His compositions are based on strong eclectic rhythms and melodic counterpoint, but give lots of space for his band members to interpret and interact.

Felix studied in Berlin with Prof. Greg Cohen and Marc Muellbauer, other teachers have been Drew Gress, Jim Black and Robert Landfermann.
Despite his young age, Felix has worked with many national and internationally acclaimed Musicians such as:
Marc Copland, Jochen Rueckert, Philipp Gropper´s „Philm“, Pablo Held, Peter Schlamp, Eric Mcpherson, Toby Delius, Jim Black and many others. He is part of Nate Wooley´s european „Knknighgh“ Quartet with Mette Rasmussen and Dre Hocevar and is curating a Series with Ludwig Wandinger at Zukunft am Ostkreuz called „FutureBash“.