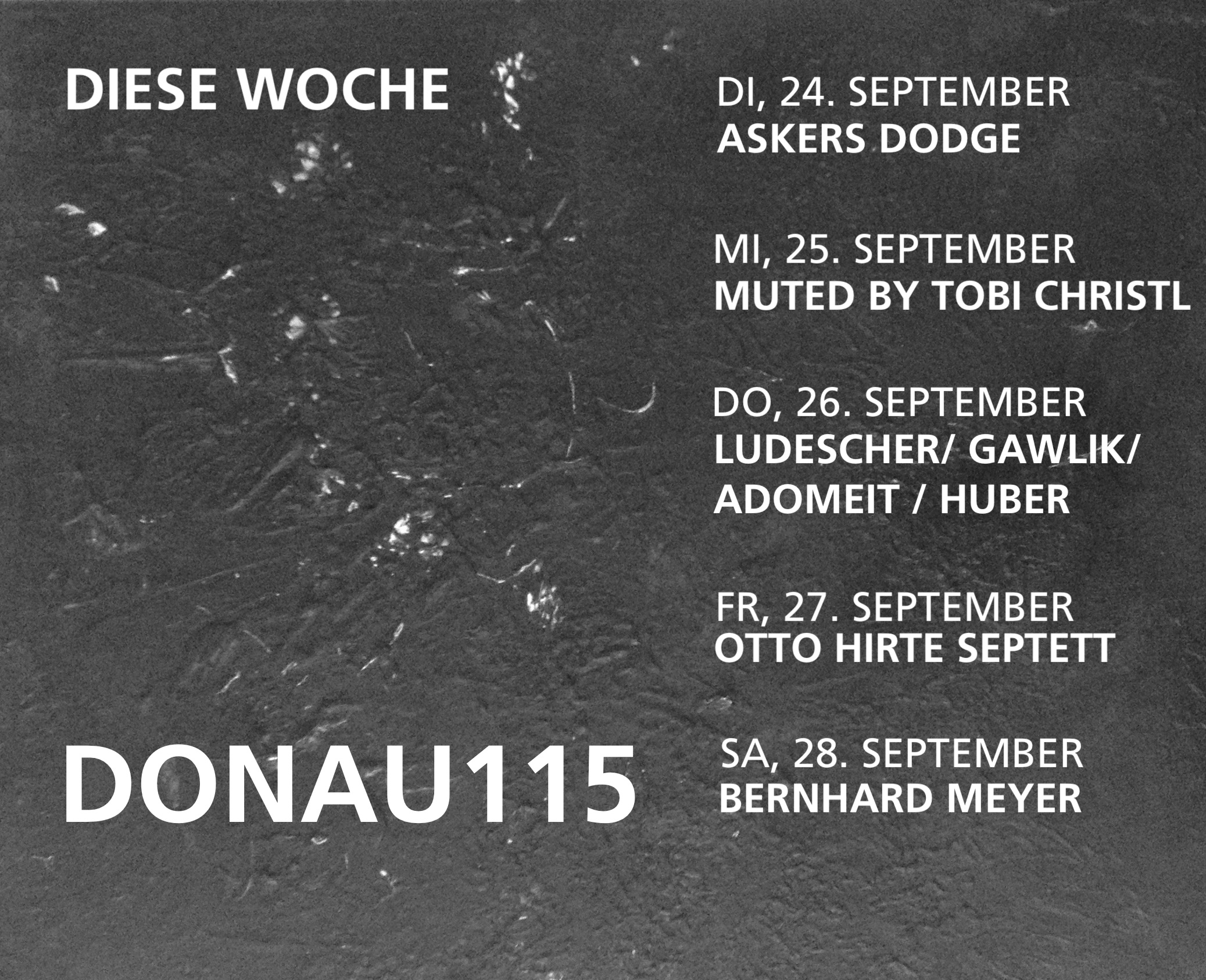 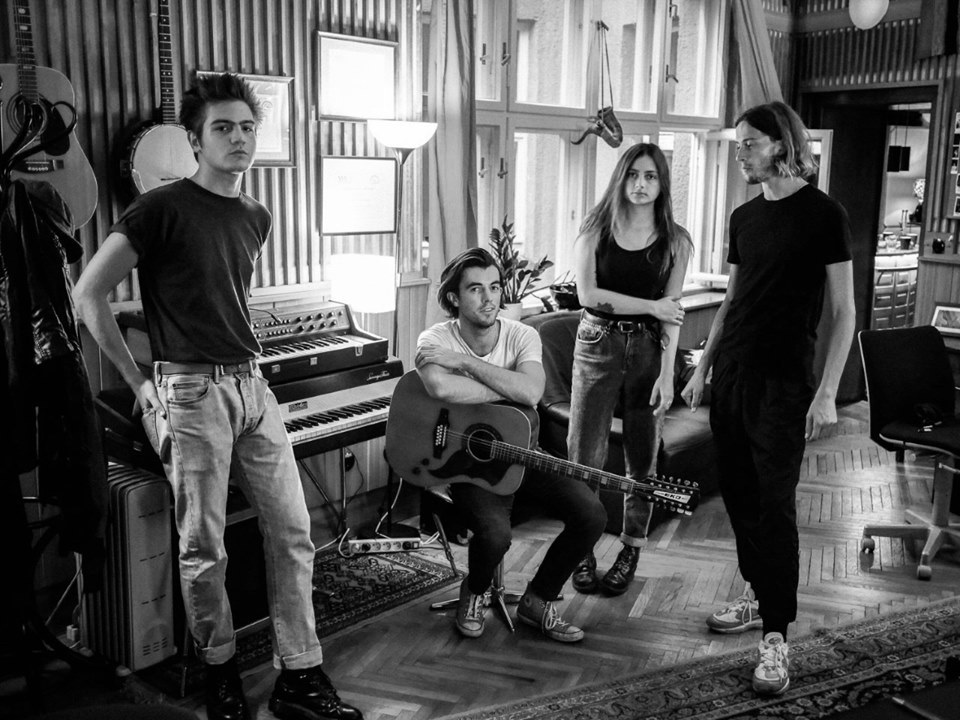 Britain, France Italy and Ecuador, an alliance of nationalities which have come together to give Berlin its newest reason to tear the walls down. Askers Dodge is a blistering 4-piece indie band from Berlin, kindling shades of Queens of the Stone Age, Arctic Monkeys and Black Sabbath. Shows are frequent and energetic, full of witty lyrics, thick guitar and emotional theatre. All held up by a dancey rhythmic engine room, Askers Dodge is capable of turning every night into a Saturday night. On this special acoustic night, they strip their set back to the essentials and invite the audience to view them in an intimate new setting. 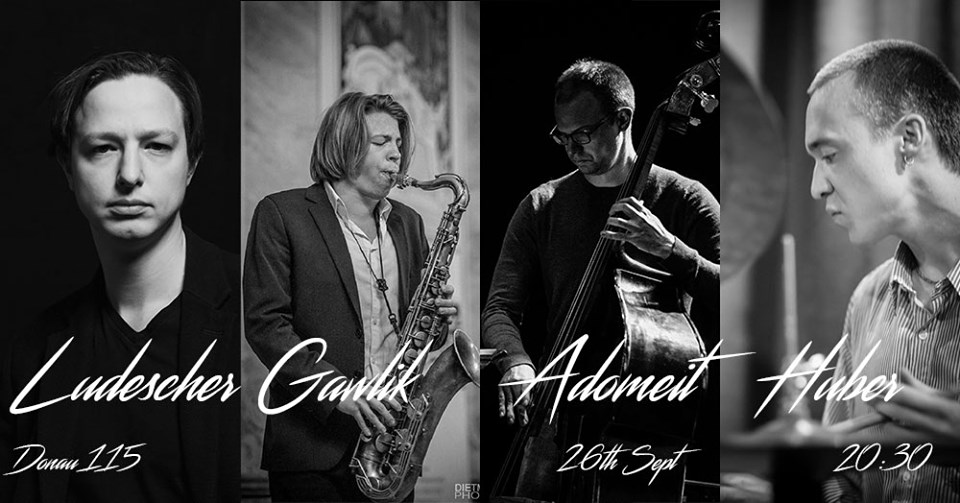 The group Ludescher/Gawlik/Adomeit/Huber consists of four Berlin based musicians who are coming together for the first time in this constellation. Living in Berlin as a musician is a delightful experience because the scene in jazz remains fresh and open. All 4 of those incredible musicians have played countless gigs and sessions in and around Berlin with one another in different constellations. Therefore it is a very special occasion to see them all in one place for this concert. They will play a fine array of well selected original compositions that will gain new colors and shapes through the interpretation of this unique musicians. Allthough all of the musicians come from a traditional jazz background, the compositions will shed light on every aspect of the musical spectrum and genres, striving for the unexpected.

Some Details on the individual musicians.

Piano:
Bernhard Ludescher has established a lot of different projects in Austria with the main project being Loktor and also started to work as a producer for various artists such as Maria Rerych (aka Mareea) which resulted in the CD release of her debut album „Out of the Shadows“ in 2018. Bernhard’s band Loktor was founded in 2013 and released their debut CD „Loktor of Heaven“ in 2015, plus a series of videos which lead to concerts all over Europe. Loktor won the Joe Zawinul Award soon after the initiation in 2014. While continuing to work as a live pianist and keyboarder for several jazz and funk based projects he founded the electronic Project „DX-Digital“ in 2018 to continue pursuing a more electronic approach to music. After living in Vienna and Graz, Bernhard moved to Berlin in 2016, where he quickly established to be a well sought pianist/keyboardist in many jazz/funk and pop projects.

Saxophone:
Julius Gawlik is a saxophonist and clarinetist currently studying at the Jazz Institute Berlin. Until 2018, he was a member of the german national youth jazz orchestra. Julius has shared the Stage with musicians such as Terell Stafford, Niels Klein, Randy Brecker and Sebastian Sternal. In 2014 he was awarded an “outstanding soloist scholarship” at Temple University Philadelphia. Currently he appears on the Berlin music scene both as a leader and a sideman with various bands and projects.

Bass:
Matt Adomeit is an American bassist and composer, as well as an occasional American mandolinist and guitarist, currently based in Berlin Germany. His musical sensibilities spring from the fountains of bluegrass, wind down the narrow streams of classical music, and with a few deviations finally cascade into the deep pool of jazz music. Matt is active as both a sideman and a bandleader and can regularly be seen performing across Europe and occasionally in far-flung regions such as Nepal or the United States with bands including Steel Sheep, Hover Trout, Mn’Jam Experiment, Native Speaker, and more.

Drums:
David Huber is a young drummer raised in Stockholm, now located in Berlin where he can be seen in many different music scenes. Coming from years of jazz studies, David is now exploring the different ways to play music and alternative approaches to improvisation. David has been playing all over the world and won with his band the “Swedish Jazz Final” 2016. He is spread all over Europe by being a part of different kinds of band constellations which of he regularly performs with. Being a composer, bandleader and sideman. 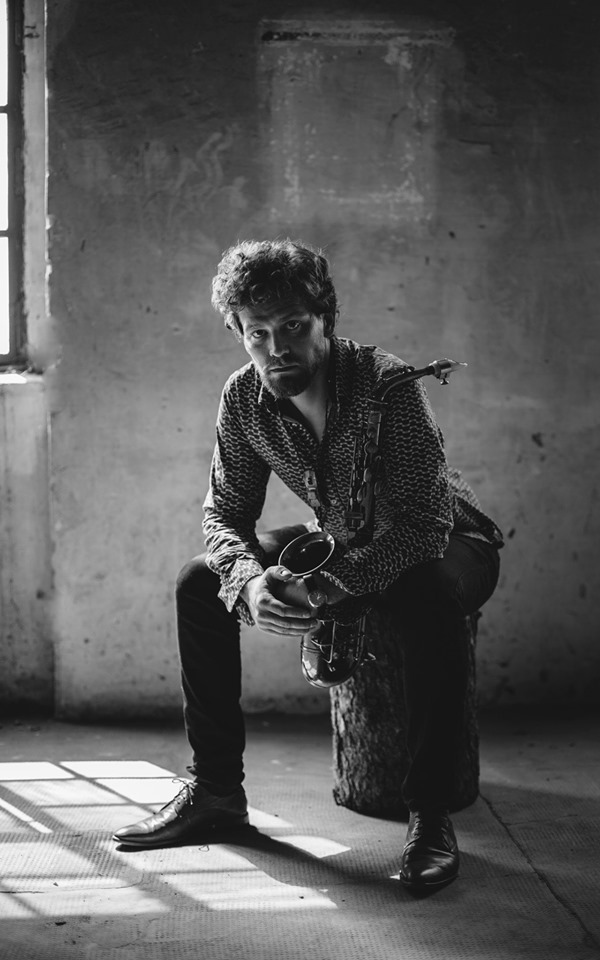